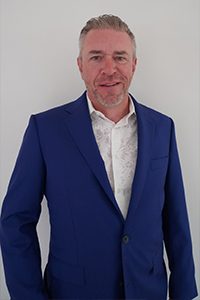 James is a successful entrepreneur and business consultant with a heart for mentoring, philanthropy, and family.

James started his career focusing on engineering and design while attending Portland State University. He transitioned to project management in the wireless industry in 1995 and in 2002, he formed Legacy Wireless Services, Inc. (www-legacy-wireless.com) which continues to operate as the largest privately held wireless contractor in the Northwest generating over $110M in revenue since inception.In 2004, James’ entrepreneurial efforts expanded when he formed a small tower holdings company to purchase a wireless carrier’s tower assets. In 2007 he successfully sold that company to a publicly-traded international tower operator.

In connection with his love for cycling and accomplishments as top amateur competitor, James launched FASTER (www.ride-faster.com), in 2011 to create the most comprehensive performance center for cyclists and triathletes. Anchored by the world’s first cycling-specific wind tunnel for aerodynamic evaluation and optimization, FASTER was honored to be acknowledged as “Best Pro Road Bike Shop” by the cycling industry in 2014. Within two years, James successfully negotiated a sale of the business to an international bicycle components manufacturer.

James and his wife of 22 years reside in the Scottsdale area where they have raised three college-age children. They enjoy serving their local church by helping connect new members to a Christ-centered community.

Connect With Us On Social