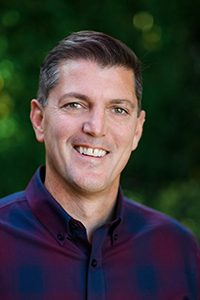 Seth Buechley brings Cathedral entrepreneurial leadership gained through board and senior executive experience with public, private, family-owned, and nonprofit organizations. Prior to his role at Cathedral, Seth was a client of the firm for 6 years, developing a close friendship with Cathedral’s founder, the late Phil Clements.

Today, Seth is active as a board-level strategist, investor, and advisor to CEO’s in the telecom sector.

Most recently, Seth co-founded and led the US and Canadian operations of SOLiD USA. overseeing a team of industry leaders responsible for developing and distributing innovative wireless communications products. Upon achieving revenue of nearly $60 million, and with counsel from Cathedral, the company was sold to its venture partner in early 2016. Under Seth’s leadership, SOLiD earned wide industry recognition for delivering cellular coverage inside of some of the world’s most prestigious venues including the New York subway, The Empire State Building, Nike World Headquarters and Daytona International Speedway.

Seth began his career as a co-founder of family-owned CORD Communications, a turnkey network implementation company acquired by publicly-traded WesTower Corporation in 1998. He was then a founding investor and Vice Chairman of Washington Oregon Wireless (WOW), a Sprint PCS affiliate. In 2001, Seth co-founded Tri-Power Group, a leading DAS integrator based in the San Francisco Bay Area. In 2008, he co-founded and became President of SOLiD USA. He is also the founder of the Safer Buildings Coalition which seeks to ensure coverage for public-safety communications services inside buildings.

Seth is the recently-published author of Ambition: Leading with Gratitude, a leadership manifesto highlighting the necessity of gratitude in the lives of driven leaders. An experienced keynote speaker and emcee, Seth is an active member of Young President Organization (YPO) and serves several nonprofit Christian ministries.  Seth is also the host of the Business Done Right podcast and is a popular keynote speaker at corporate and non-profit events.

Seth lives in Southern Oregon with his wife of 27 years where they are in the process of raising their four children. When he is not at one of his son’s sporting events, Seth enjoys snowboarding, skiing, mountain biking, motorcycles, and spending time at his family home in Costa Rica.

Connect With Us On Social